Kong Collapse is a sinkhole of the Tiger Cave of Phong Nha-Ke Bang. It made headlines recently about whether this is the biggest sinkhole in the world or not. Kong Collapse is a sinkhole of the Tiger Cave of Phong Nha-Ke Bang. It made headlines recently about whether this is the biggest sinkhole in the world or not.

However, there are not enough evidences to prove this, since the depth of the sinkhole has only been measured by the explorers, not the cave experts. The depth that the explorers measured at Kong Collapse is 450 m, with three entrances to it. A travel blogger named Lo Huu Duc Anh, who visited the sinkhole in May 2019, said the name Kong Collapse is derived from its gorilla skull shape.

His three day and two night journey took a total 60 hours, and included a 20 km jungle trek, 6.5 km cave exploration, and 500 m swim via an underground river at a temperature of 17-18 degrees Celsius. Kong Collapse is the first stop for a night’s sleep in Duc Anh’s journey to Tiger Cave.

“In the evening, we merely sat together listening to the tales told by our guide, the lack of reception allowing everyone to disconnect. Our meals were pretty decent, including the morning tea and coffee,” he said. The journey to Tiger Cave included rough, moss covered terrain, making for slippery progress. Thanks to the support of porters, Duc Anh managed to complete the trek.

“It was only two months after I completed my three-year military duty, but I was still struggled with it.” Inside the cave, visitors are dumbfounded by the many colored rocks. A green carpet of different vegetation leads to Pygmy Cave. 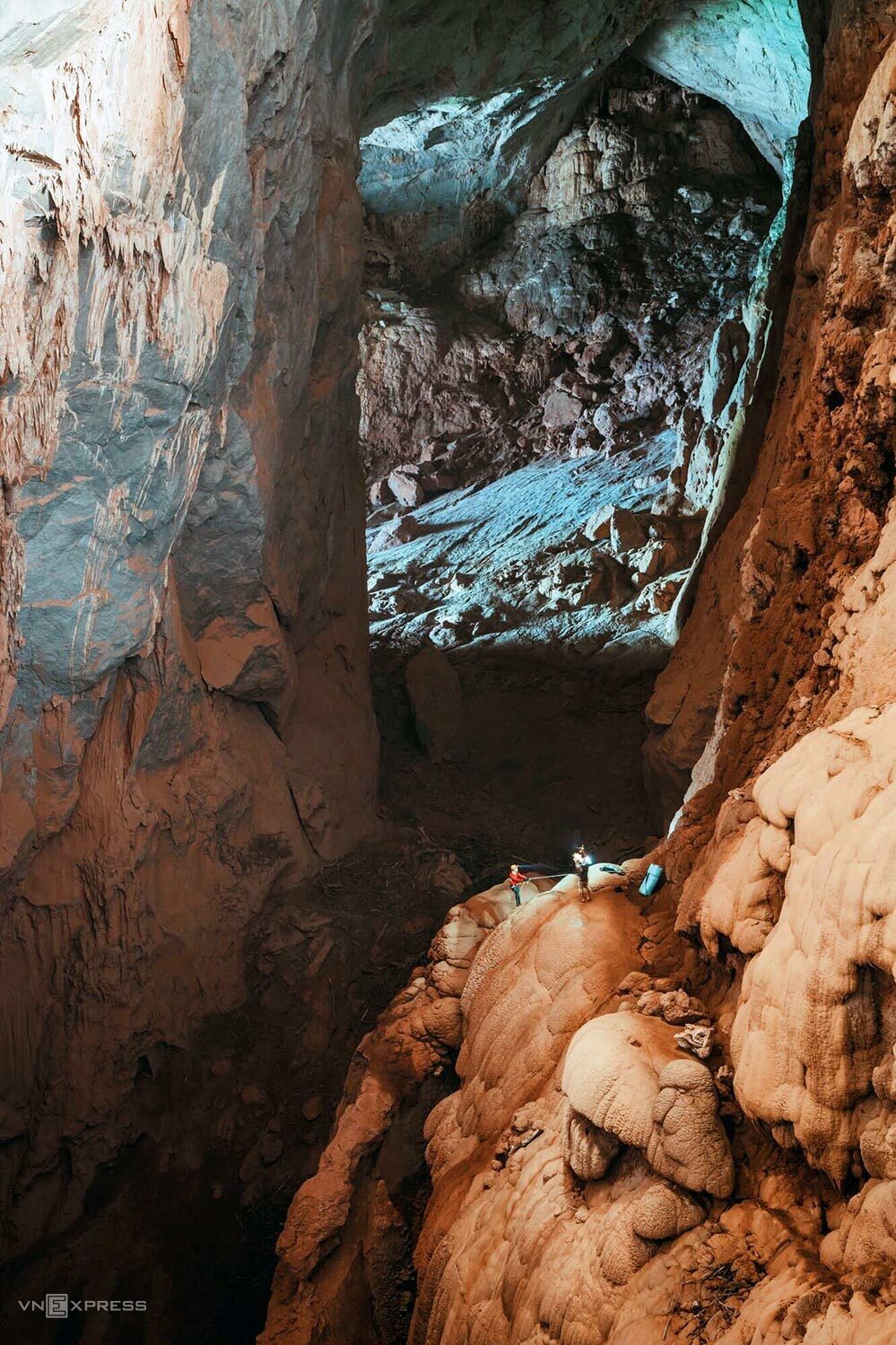 Pygmy is the fourth largest cave in the world, as confirmed by the British Caving Association. To reach its floor, the crew had to abseil from a height of 23 m.

Duc Anh described the feeling of dropping down into the cave as similar to “being devoured,” despite strict safety measures. About 500 m ahead, the crew finally reached the camping area where they could wash in a small stream, enjoy dinner and converse before rejoining reality the next morning.