The exhibition is organized at the museum in the Hue Citadel in the central town of Hue on occassion of the king’s 200th death anniversary, and will last until the end of August. The musket that Gia Long used. On the stock of the musket, it says: “A property of Gia Long before he became king. Now a gift for the reign of Emperor Minh Mang and will be passed on from generations to generations.”

The royal seal, which is made of ceramic and coated with gold, was used by Emperor Gia Long to stamp documents and directives. The urn used to burn agar wood with two bronze vases were a part of the Giao ritual under the Nguyen Dynasty. The Giao ritual was held to propitiate the sky, the earth and other deities. It was the most important feudal ritual that took place annually in spring. 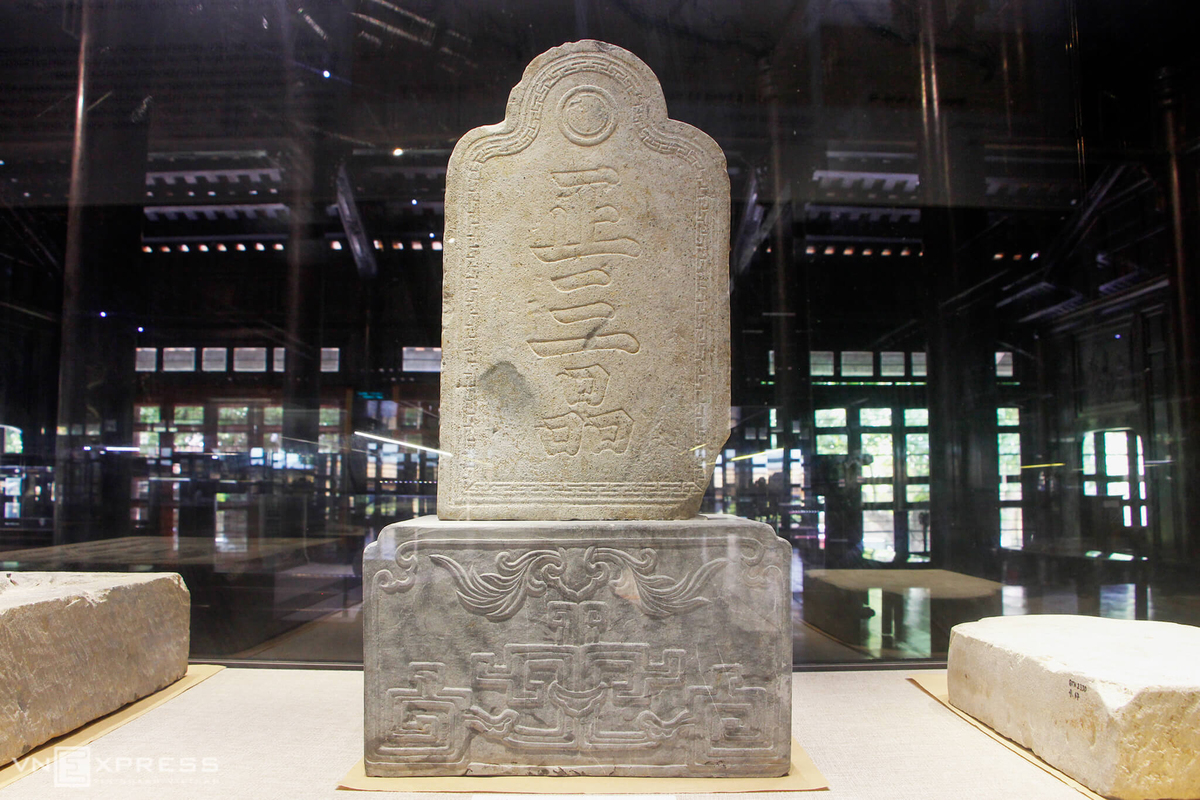 A stone that recorded the standings of officials under Gia Long. A cannonball used as ammunition for the canons in the Hue Citadel. A record of the process of constructing the Imperial Academy in Hue.